How Much do the Different Types of Weight Bars Weigh?

A standard barbell weighs 44 pounds (20 kg), and that weight is also shared by a few other common types of barbells. Beyond that, there are a variety of different barbells that each have their own weights and specifications. That’s why it’s very important always to know what kind of bar you’re using before you start loading plates onto it.

Unfortunately, for those of us who don’t love math, this process can quickly become the most tedious part of a lifting session. Let’s set the record straight on what the most common types of barbells are and how they weigh in when compared to each other.

As stated above, the standard barbell weighs in at 44 pounds. That weight is also shared with the men’s Olympic barbell. However, there is a small distinction between these two.

While you’re more likely to find standard bars in your neighborhood gym, they are not as well-made as most Olympic bars. Olympic bars are made to bear extremely heavy loads, but stand barbells tend to bend easier after extended use with heavy loads.

Even though women’s Olympic barbells are lighter and thinner than men’s barbells, they are still able to bear a lot of weight without bending. Even an inexpensive Olympic bar is usually able to maintain its structural integrity better than a mid-range standard barbell.

Weighing in at about 11 pounds, this barbell is excellent for children or anyone who wants to focus on their lifting technique. While it is true that you can get similar results from a PVC pipe, the extra pounds on this kind of bar can make a big difference when developing your technique. If 11 pounds is a bit ambitious, you can also find a similar bar in a 5-pound version.

Remember, developing a proper lifting technique is much more important than grabbing a heavy barbell as soon as possible. Different weight options for kids/technique bars allow all types of athletes to progress at their own pace.

With curl bars it becomes a bit harder to pinpoint because they aren’t used for competitions. The most popular EZ curl bars weigh in around 10 to 15 pounds, but they do exist in heavier weights as well. Regardless of how heavy your EZ curl bar is, you can always go up in weight over time as you get stronger.

Keep in mind that heavy EZ curl bars are designed to hold Olympic-sized plates. Although you’ll never need one of these bars in a competitive setting, they are great if you want to focus on building bicep strength.

Powerlifting barbells share the same weight (44 pounds) and dimensions as Olympic barbells, but they’re specifically designed for squatting, bench pressing, and deadlifting. They are also designed to handle even more weight than Olympic barbells because many power lifts, specifically the deadlift, can become significantly heavier at the competitive level.

On top of those differences, the grips are also slightly closer and a bit more rigid when compared to an Olympic barbell. Power bars don’t require spinning sleeves, but these are a necessity for Olympic barbells.

When squatting, it’s crucial to have a durable bar that can maintain its integrity while loaded with hundreds of pounds. Even though the average squat barbell weighs 44 pounds like a run-of-the-mill standard barbell, it’s designed to handle a lot more weight. This aspect makes it a reliable choice for powerlifters who have to squat a few hundred pounds as they build-up to their maximum lifting weight.

Safety squat bars, on the other hand, weigh in at a whopping 70 pounds. The purpose here is to cut down on shoulder strain, but it takes a heavier, more elaborate design. No matter what kind of squat bar you use, you shouldn’t have to worry about it bending when using heavier plates.

Much like the EZ curl bar, the weight for this one can vary depending on what you want. They generally range from 15 to 25 pounds, and you should be able to clearly identify that weight on the machine that you’re using.

Why Does the Weight of a Barbell Matter?

By knowing the weight and purpose of each bar, you stand to get more out of your weightlifting training. Consider your needs as an athlete when deciding which barbells to buy or use, and always lift using proper technique to avoid injury. Using the right equipment will give you the best, safest results when training. 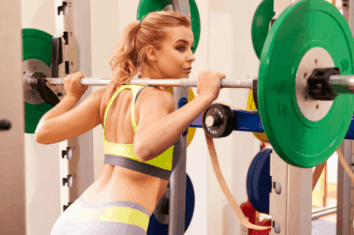 How to Safely Use a Squat Rack 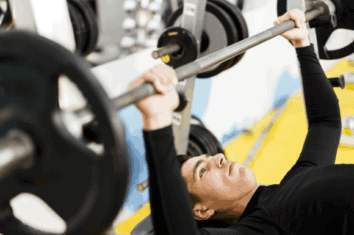 How Much Can the Average Man Bench Press 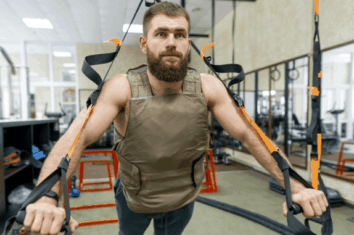 Why use a Weight Vest

What Size Kettlebell Should You Buy

How to Use a Vibration Machine to Lose Weight

How to Make Crushed Ice in a Blender